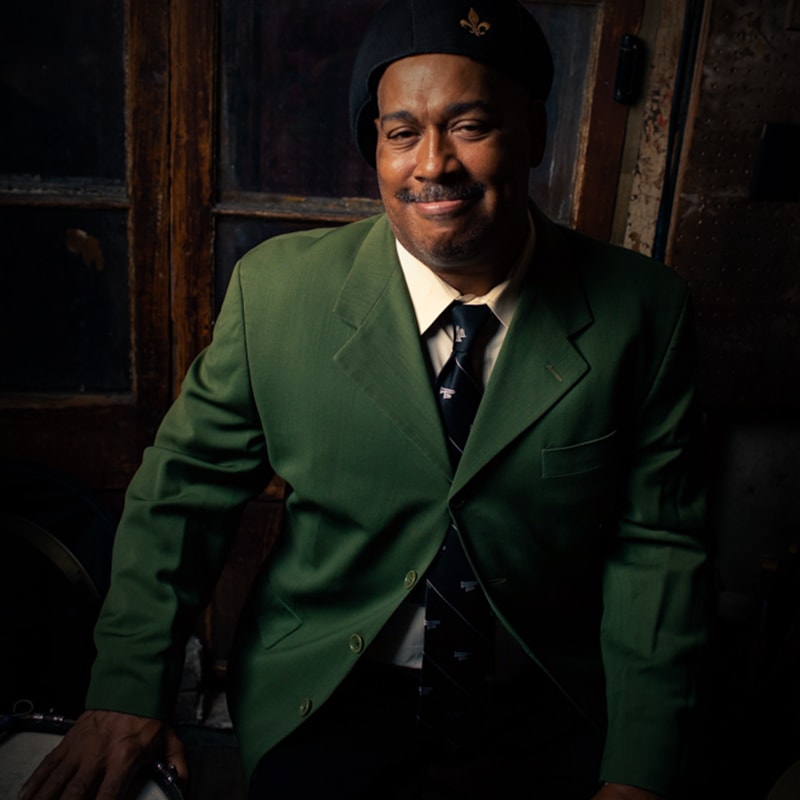 Shannon Powell grew up in New Orleans’s Tremé neighborhood, where brass bands and second lines passed by his house. Drawn to the drummers he saw in those parades, he was playing drums at his church when he was six. Legendary jazzman Danny Barker recruited Powell to play in the Fairview Baptist Church Band while he was in grade school, and by age fourteen he played professionally with Danny Barker’s Jazz Hounds.

Preservation Hall director Ben Jaffe recalls, “My dad used to get Shannon’s grandmother to bring him over by the Hall at night to listen to Cie Frazier, Louis Barbarin, Alonzo Stewart, and Freddie Kohlman. . . . By the time I graduated high school, Shannon was touring and recording with Harry Connick Jr. I remember the first time I saw Shannon at Madison Square Garden with Harry’s big band and not believing my eyes. I was so proud of him.” Powell has recorded with Ellis Marsalis, Jason Marsalis, Leroy Jones, Nicholas Payton, and Donald Harrison Jr. and played with Diana Krall, Earl King, Dr. John, Marcus Roberts, John Scofield, and Wynton Marsalis and the Jazz at Lincoln Center Orchestra. Each week, Powell delights Preservation Hall’s audience by leading a spirited, inspired ensemble. 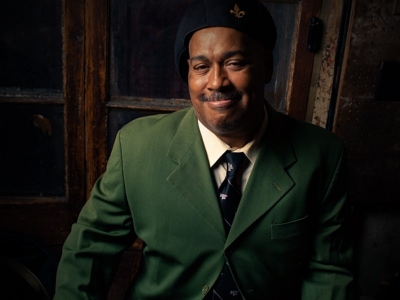 Join Shannon Powell and his Preservation All-Stars for an evening of Traditional New Orleans Music.