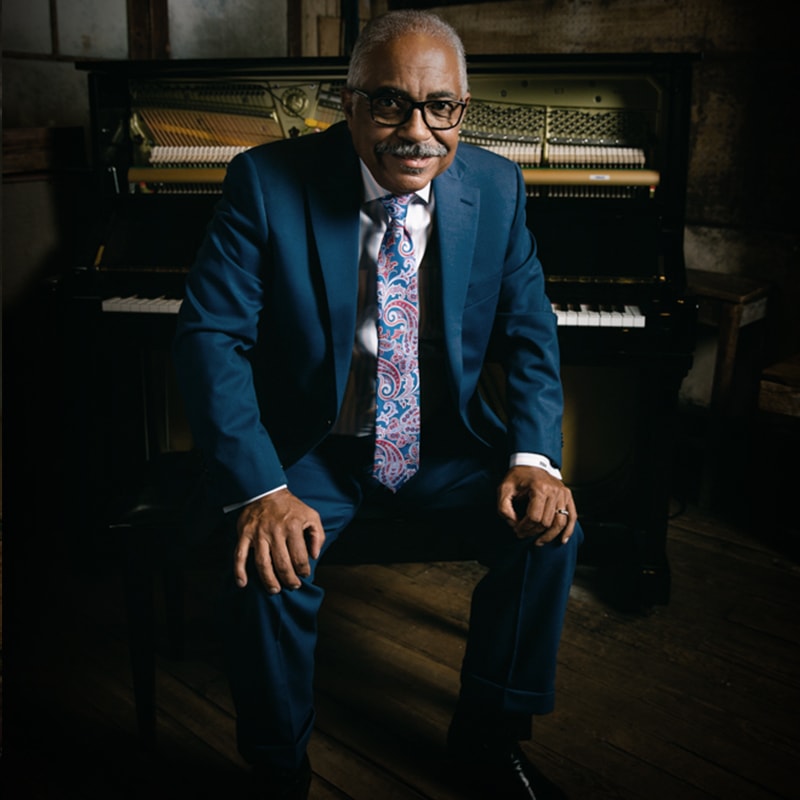 Born in 1952, pianist Rickie Monie was raised in New Orleans’s Ninth Ward near pianists Edward Frank and Roosevelt Sykes, as well as Preservation Hall trumpeter Frank Parker. Monie’s parents played piano in church, and at home they would spin records by Art Tatum, Oscar Peterson, Teddy Wilson, and other pianists. Monie’s father began teaching him at the age of eight, and he eventually played piano and organ in church. “I wanted to go out and play football like the rest of the guys in the neighborhood,” says Monie. “But now that I’ve been all around the world, I’m glad my father chose my profession for me.”

Monie came to know Milton Batiste, Manny Sayles, Harold “Duke” Dejan, and Sweet Emma Barrett as he went to hear music in the French Quarter. In 1982 he began sitting in for the aging Barrett. “The time I spent sitting next to Sweet Emma was like going back to school,” he remembers. “Words can’t always communicate a musical idea or concept. Sometimes, you just have to be there and experience it for yourself.” The Dillard University graduate has performed with Dave Bartholomew, Clarence “Frogman” Henry, Dr. Michael White, Gregg Stafford, and Topsy Chapman. Monie is also an accomplished clarinetist and regularly plays the organ in churches around New Orleans.

As an Ambassador of music for New Orleans and the United States, Rickie continues to share his love of music with students of all ages as they seek him out to request instruction in his meticulous style of playing. He is affectionately known as “The Professor.”