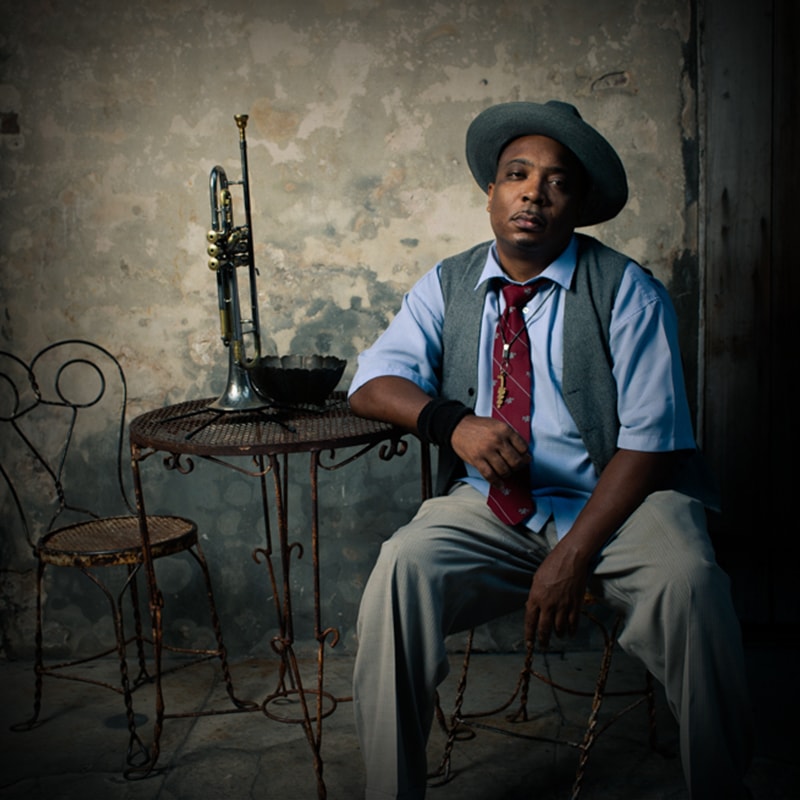 Kevin Louis is a 1995 graduate of the New Orleans Center for Creative Arts. Kevin received Bachelor of Music degree in Jazz Performance from Oberlin Conservatory of Music (’99), and a Masters of Arts from the Aaron Copeland’s School of Music at Queens College(’01).

He has toured at least thirty countries as a performer, clinician and private instructor which include five tours through regions such as Africa, the Middle East, and Latin America as a U.S. Department of State John F. Kennedy Center Jazz Ambassador.

“Rarely does talent come along and ring as true as in the case of Kevin Louis. He is truly a great trumpet player and complete musician. I have become a big fan of this very intelligent and soulful musician.” – Paul Mercer Ellington. 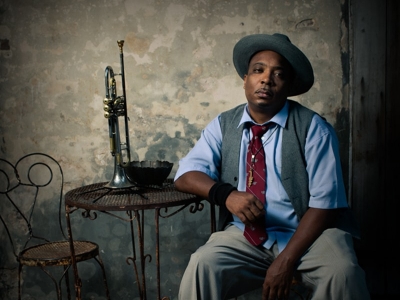 Join Kevin Louis and his Preservation All-Stars for an evening of Traditional New Orleans Music.