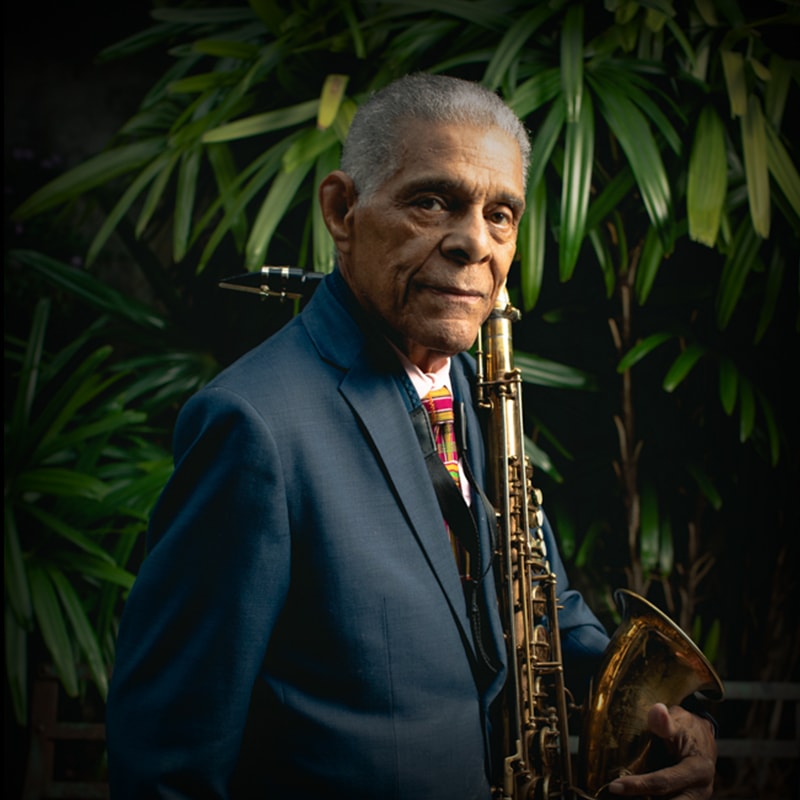 Clarinetist, saxophonist, and flutist Charlie Gabriel is a fourth-generation jazz musician from New Orleans. Raised in a classically trained musical family that emigrated from Santo Domingo in the 1850s, Gabriel began playing clarinet professionally with the Eureka Brass Band when he was eleven years old. During World War II, his father, clarinetist and drummer Martin Manuel “Manny” Gabriel often sent his son as a substitute on gigs. Charlie recalls how the musicians with whom he played —T-Boy Remy, Kid Humphrey, Kid Sheik, Kid Shots, Kid Clayton, and Kid Howard— also raised him and brought him home after the gigs.

In a career spanning countless genres, Gabriel has performed with Tony Bennett, Frankie Avalon, Brenda Lee, Mary Wells, Eddie Willis, Joe Hunter, and many other early Motown artists. Gabriel sums up the influence of his fellow musicians: “I have many, many people inside of me that I have rubbed shoulders with, and I got something from each one of them. It’s all wrapped up inside of me, and by me still playing today and still able to go around the universe, I give to them all these other things I have from those that I have came in contact with.” 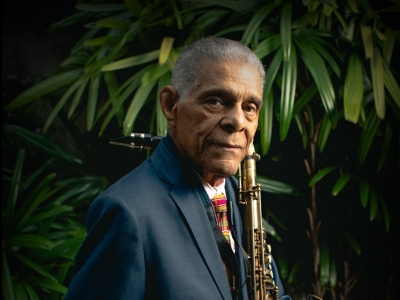 Join Charlie Gabriel and Friends for an evening of Traditional New Orleans Music.