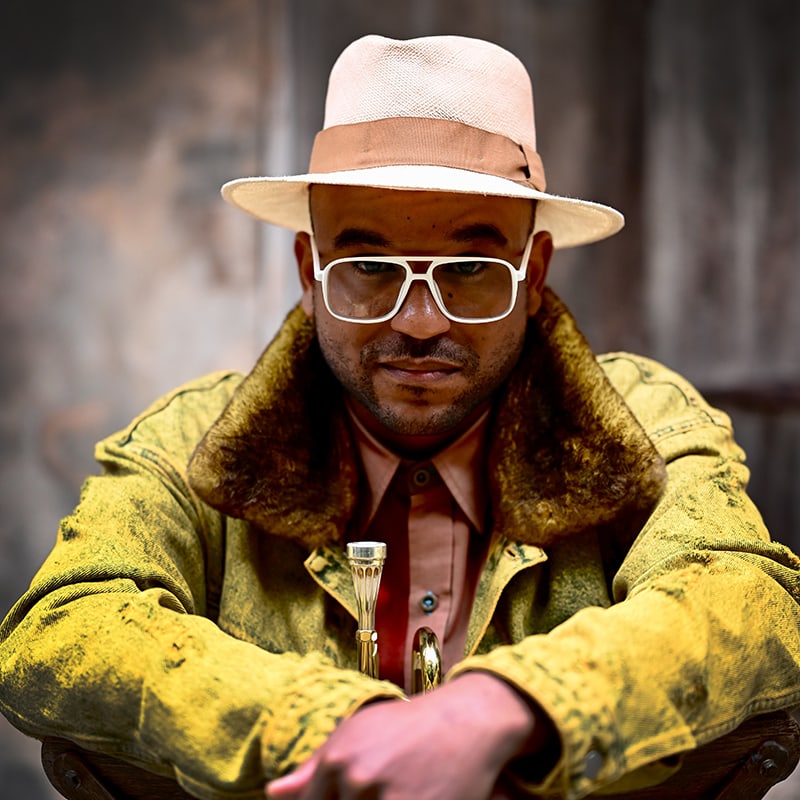 Branden Lewis was raised playing trumpet: in church, in his school marching bands, and one of the top youth orchestras in Los Angeles. “I have music in my heart and soul. I never planned on playing music for a living – I just always loved playing the trumpet.” His grandfather James Victor Lewis is a Grammy award-winning saxophone player, famous for his role in one of New Orleans’ most iconic early R&B bands, Lil Millet and His Creoles. “He moved to Los Angeles around 1960 in an attempt to escape some of the bitter realities of being a Black man in Louisiana at that time. Even though I grew up in Los Angeles, Grandpa never let us forget that we were from New Orleans.”

In 2012 Branden moved to New Orleans to discover a career as a full-time musician, and was immediately taken under the wing of Delfeayo Marsalis, performing with him at Frenchmen Street’s “modern jazz proving ground” – Snug Harbor. Since recording on Bobby Rush’s 2014 Grammy-nominated record with Dr. John (Decisions); co-founding the international Trumpet Mafia collective; touring with the New Orleans Jazz Orchestra; recording his first album as a bandleader – BLQ – and joining the Preservation Hall Jazz Band in 2016, he has collaborated and performed alongside Stevie Wonder, Dee Dee Bridgewater, Arcade Fire, Chance the Rapper, Jon Batiste, Reggie Watts, Dave Matthews, Corinne Bailey Rae, Foo Fighters and many more.