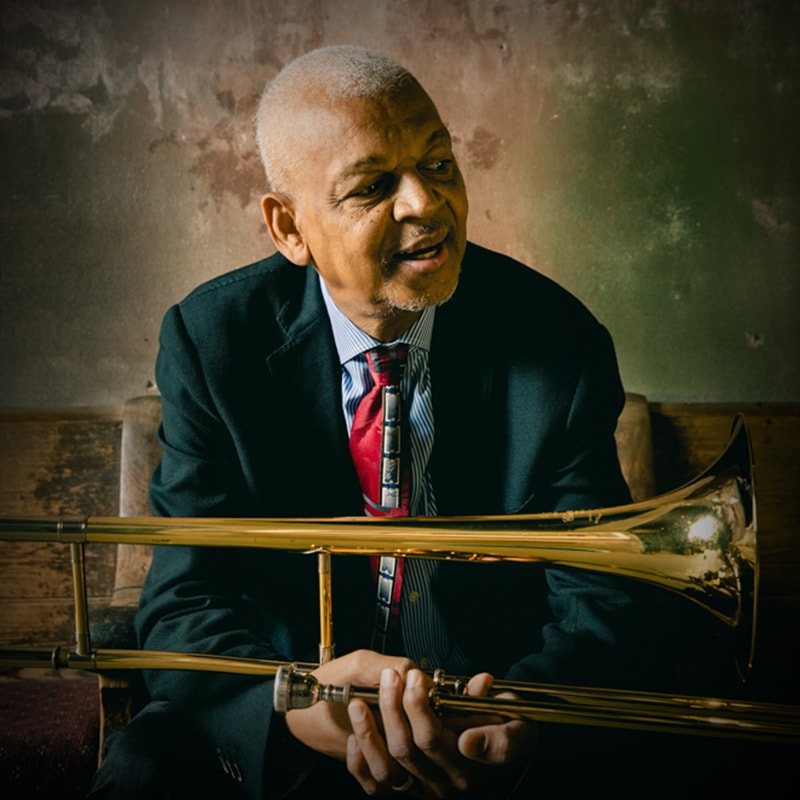 Trombonist Lucien Barbarin made his musical debut at age six playing drums with his uncle Paul Barbarin’s Onward Brass Band. For five generations, the Barbarin family has been one of the premier families of brass band music and jazz. The family patriarch, Isidore Barbarin, mentored the young Louis Armstrong nearly a century ago in the original Onward Brass Band, and years later, Armstrong recruited Isidore’s son Paul (Lucien’s uncle) to play drums with his big band in the 1930s and 1940s.

In grade school, Lucien picked up a baritone horn, but when he arrived home with an instrument case bigger than he was, his mother was a little skeptical. With a shortage of tuba players in his junior high band, Lucien volunteered to play. By high school, Barbarin had taken up the trombone. He played rhythm and blues gigs around New Orleans with the groups Stone Mountain and Joy, but an invitation to work with drummer Albert “June” Gardner drew Barbarin toward traditional jazz. Since then, he has played with the Tuxedo Brass Band, Wynton Marsalis, Dianne Reeves, Doc Cheatham, Harry Connick Jr., and Lionel Hampton. Barbarin began appearing regularly at Preservation Hall in the early 1980s. When he’s not touring, he helps raise his five children.